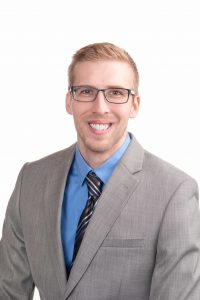 Dr. Jeremy first became interested in chiropractic while being treated as a high school track & field athlete. He continued his chiropractic care throughout his collegiate athletic career and noticed improved performance and faster recovery time. While he expected to receive pain relief and some athletic benefit from this hands-on approach, he did not expect improvements in other areas of his life. He noticed that he did not get the headaches, fatigue, and digestive issues many of his peers struggled with. This led Dr. Jeremy to pursue more information on a career in chiropractic.

He first focused on sports Chiropractic, completing internships at TRIA Orthopedic Center and The Institute for Athletic Medicine along with observing many different chiropractic clinics. He also served as a student Athletic Trainer for Northwestern College. While attending Chiropractic School, Dr. Jeremy interned with a pediatric and prenatal Chiropractor and expanded his interests to include pregnancy and pediatric chiropractic care. In his spare time, Dr. Jeremy enjoys staying active and spending time outdoors with his two young children. 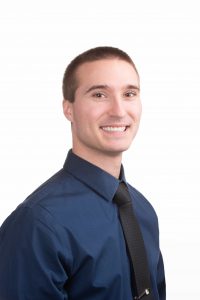 Lakeville Chiropractor Dr. Josh found his passion for chiropractic through rehabilitating injuries that he sustained in high school. Active in sports throughout the year he learned the importance of having resources dedicated to his physical and mental wellbeing. Through chiropractic care he desires to keep himself, his family, and his community moving with less pain and more confidence.

Dr. Josh graduated from Northwestern Health Sciences University,  College of Chiropractic in Bloomington Minnesota in 2016. Since then, he and his wife Samantha have moved to the Lakeville/Farmington area and built a family focused on enjoying the outdoors. They hope to pass on their passions for healthy living to their two children, Nathan and Jay.